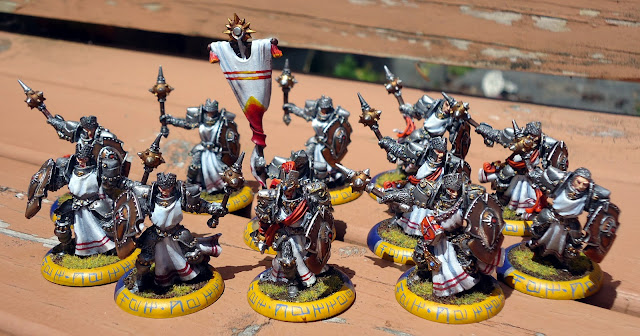 It feels like I have been painting this unit for an eternity. The underpainting worked well on them, the armour is pretty much only a light chainmail coat and some ink. I also felt the underpainting helped with the white cloaks, if only to help me with shading and highlighting. 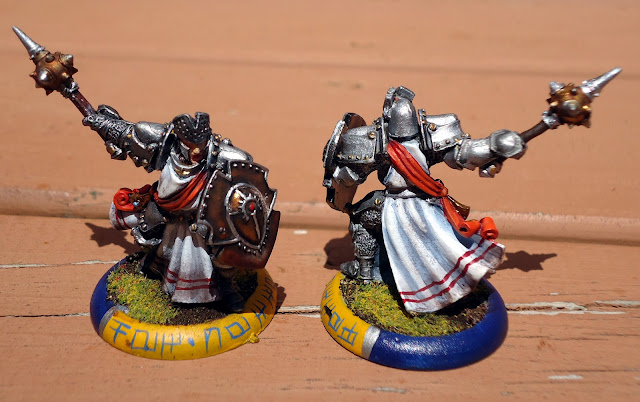 The shields are a second attempt. I had to rip them off and bathe them in dettol to remove the original, ineffective paint job. I had this idea of doing them as a sunburst, with red in the middle radiating out to yellow on the edges. It really didn't work out at all, so I went with a dark gold look instead.

The bases are also done differently, as Precursor Knights aren't technically 100% Cygnar units I wanted to make the designation clear. So I picked yellow for the front and a dark blue for the back. The writing on the front says "For Morrow" in the Cygnar language.

For final touches I also used some weathering powder to dirty up the cloaks a little.

Now I have to assemble something to paint..... I wonder what it will be. I'll give you a clue, the next model comes from the minions book. 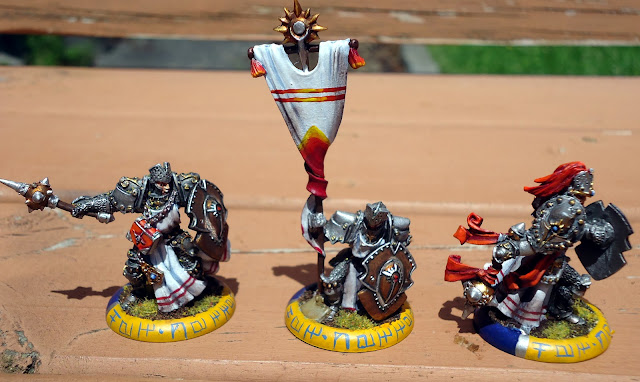