Right, so indoor photos were just not working out for me and the weather here as been a bit bad. So it's taken longer than expected to get this update sorted.

Three more relic busts done and i'm passably happy with these guys.... not really over the moon but not upset. Weird thing is i'm enjoying painting them for the most part, they are pretty cool figures, but something is missing, but that's probably just my painting mojo ebbing. 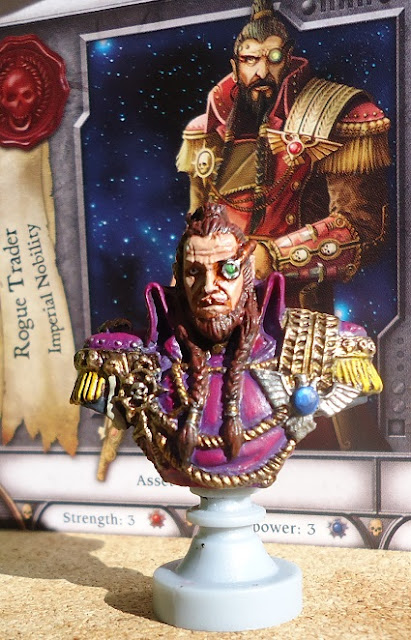 I tried doing something a bit different with the colour selection on the rogue trader (mostly, because most of the other models are red, i thought purple would be a nice change). I also tried doing an odd style of highlighting on the jacket by choosing two shades that aren't on a natural continuum. The photo of the back gives you a better idea of the effect i was after, i'm not 100% sure it worked, but it looks different at least. 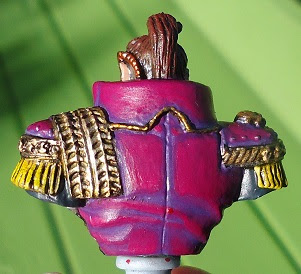 The mechanicum Tech-Priest Enginseer is an annoying model to photograph. I tried making his eyes glow, but shot of shining a bulb in his face you just cant make out any of the detail there.... sigh.

Very pleased with the red on this guy, it's nice and solid. Used a few motes of dust to "wear up" the model as well. I do like pigments (and you'll see more of those on the ogryn later) 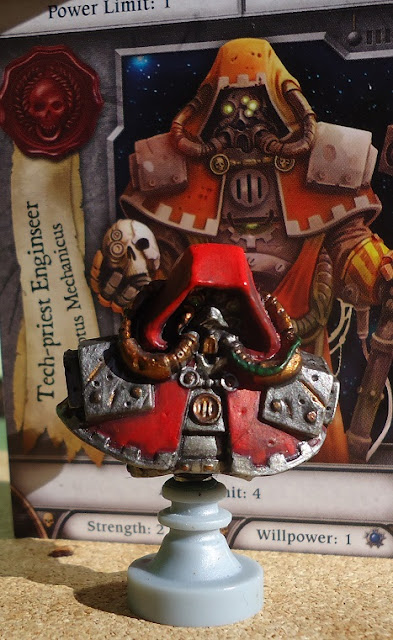 Finally the Inquisitor. He looks alright I guess. The red again looks pretty good, and overall I've been pleased with the faces. Was tempting to try some lightning source shenanigans with the glowy thing under his chin, but  decided against it. (mainly as i was pleased with the face and didn't want to gloop it up with green) 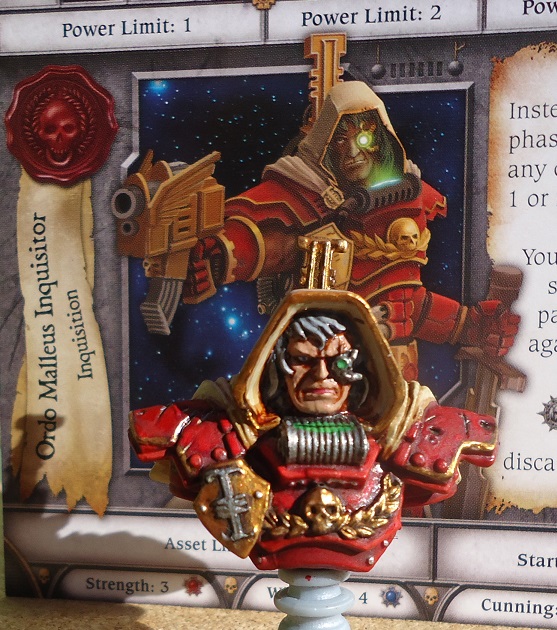 Righto, the first round of busts for relic are complete. Thanks again to the Megagpope for doing such a fine job on the Ultramarine Captain, but in the words of the original BMF Samuel L Jackson "Oh, you're finsihed? Allowed me to retort" 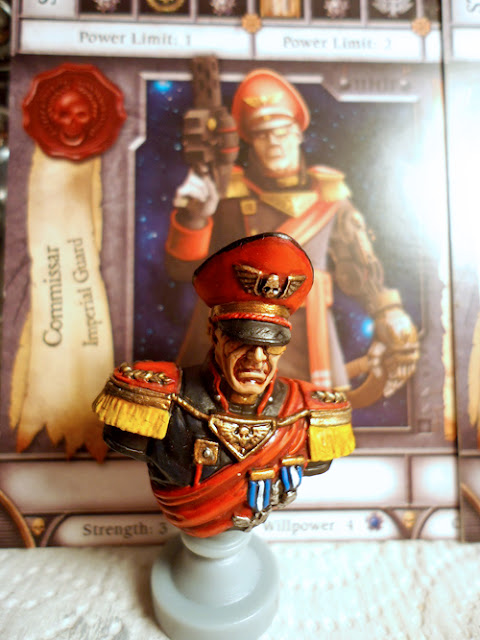 The Commissar is just a baddass figure, I mean look at that chin. Judge Dredd would respect that chin. I personally love that the model had no eyes to paint. Adds to the menace of the hat and the general scowl you associate with Commissars. I really like how the face and sash turned out, less so with the metals. It's not easy to see by the black is actually a very dark blue (which is a new technique i'm trying with black for highlighting). 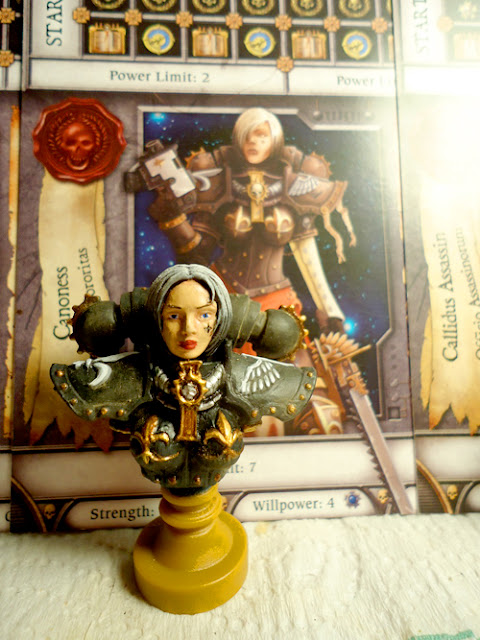 The Canonness has a great face to paint, but the rest of it is rather plain. I Following the art I decided to add some dusting effects to dirty up her armour somewhat, with mixed results. Again, happy with the face, less so with the metallics and the black. This time I used dark green for highlighting. 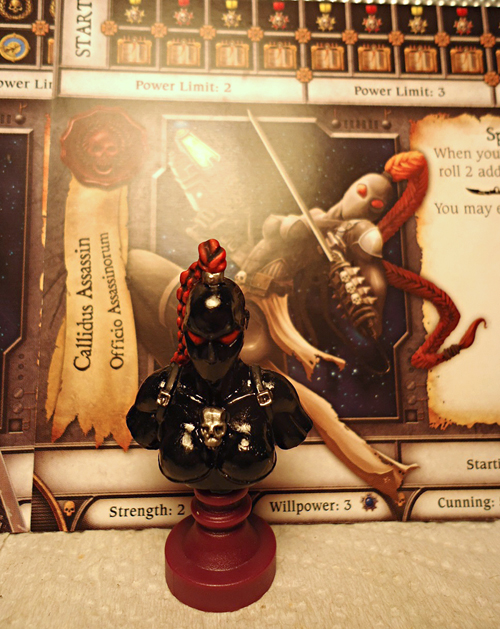 The Callidus Assassin is a very very straight forward model. In many ways its hard to pain this well, as she really is just a jet black jumpsuit with a bright pony tail. I look like how the hair and eyes turned out, but im especially pleased with how the "wet look" vinyl/pvc/rubber bodysuit ended up. For the record it's the old citadel gloss applied liberally by brush. It's WAY too shiny to use for protecting models normally, but it looks very good on black bodysuits (I have used it on eldar aspect warriors before to paint the mesh undersuit)

All in all, these models have been a lot of fun to paint and the change in scale has been really rewarding. Only 6 more to go and then ill have to wait for an expansion..... and you know this game will have one of those.

I only wish they had come up with this idea earlier, Horus heresy would have been fantastic with busts of the Primarchs.
Posted by Vomkrieg at 20:11 3 comments:

Bust a move - Part one

This puts me in a bind now, as if i do a crappy job on the other nine busts everyone will go.... OOOOOOO I REALLY LIKE THE ULTRAMRAINE, HES THE BEST.

And every time that happens, a little part of me will die. So thank you Megapope and f*** you as well!

Megapopes text in bold and italics.... like some wiggly time travel effect in text form.


My good beardy friend Vomkrieg got himself the Relic boardgame a while back and after a few games he's getting around to painting up the character models that represent the various 40K universe archtypes that you can play.
And well, since I'm the resident space smurf fanboy, I got the Ultramarine captain to paint up. Hurrah! Here he is. Took me about 6 hours all up, including having to completely redo an entire shoulderpad when like a complete bloody idiot I wiped green tinted brush-cleaning water all over it, didn't realise and then let it dry. 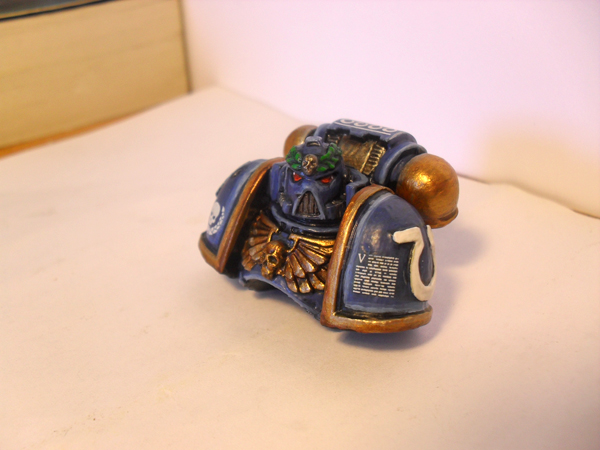 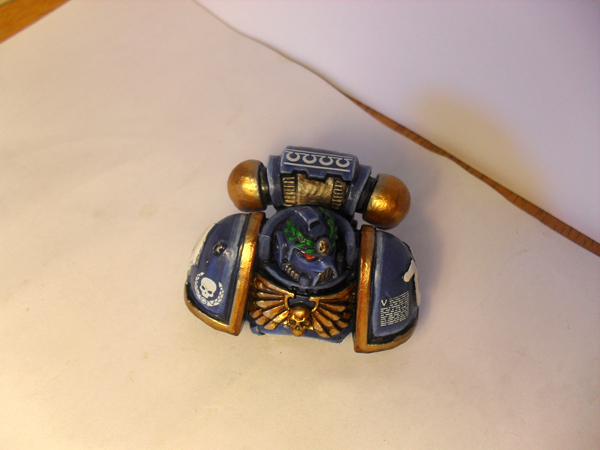 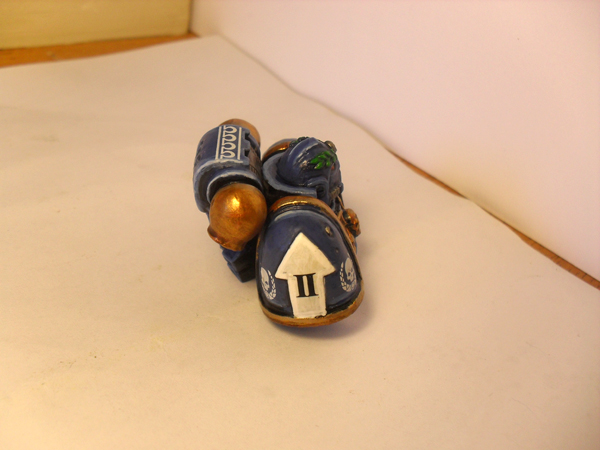 Posted by Vomkrieg at 23:10 No comments: