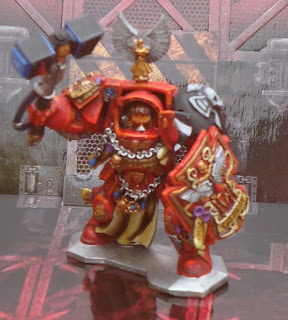 I got Space Hulk when it came out..... which i have just discovered was freaking ages ago.

FOR SHAME! I hear you cry! FOR SHAME!

Why have I not finished this fantastic looking game with its amazing models?

The simple answer is that each one takes me sodding ages to do. I simply don't feel like I can cut corners and use my ultra sneaky painting short cuts. 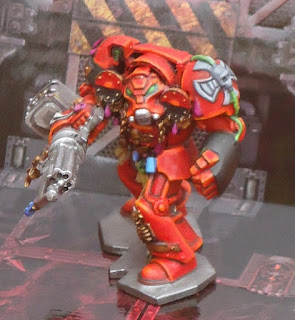 I want these guys to be great paint jobs, and I feel I have painted them to the best of my ability. I'm not going to win any Daemon Swords anytime soon, but I feel these minis reflect my best work, and i'm pretty dam proud of them.

I'm less enthused about the genestealers and I wont be spending as much time on them, but hey I always prefer to play the Terminators in Space Hulk anyway.

I said this when I first got the game, and ill say it again. These are some of the sweetest, well sculpted and interesting plastic figures I've ever seen. Actually, I can't think of any that are better off hand. They simple are as good as plastic minis get.

Last stage will be to varnish and seal them, and im frightfully worried ill botch that and ruin the paint jobs.

This brings me to another matter 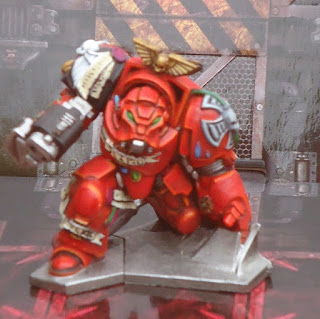 It's a real pity that GW doesn't make board games anymore. This release of Space Hulk really was something special. The components were of the highest quality and the core game play, slightly refined from the original game, is excellent. Its an amalgamation of GWs shiny as heck production values and good old school board game rules.

It did have the power of nostalgia and the very strong Space Hulk brand. Something that the doomed release, Dreadfleet, was lacking. 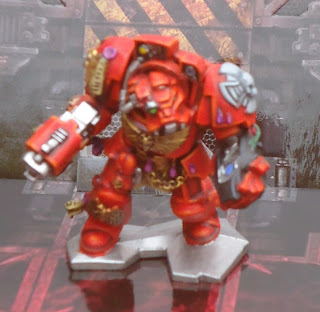 Seeing how good Space Hulk 3rd edition was was akin to watching an old sword master who has given up his blade coming out of retirement to defend the villiage "ONE LAST TIME". It was awesome, but you also felt that it was the last time you would see such a thing.

Considering that Dreadfleet was recalled and destroyed so that copies wouldn't stink up the store shelves I don't think we will see GW try this again anytime soon.

There are some games in their back catalogue I would LOVE to see receive the Space Hulk Treatment. 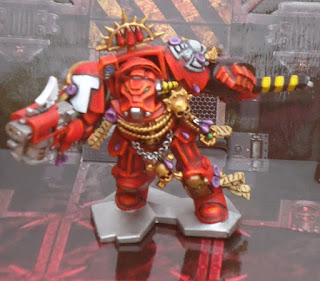 Thankfully Fantasy Flight Games have got the licence to remake some of GW's back catalogue. So far they have done Horus Heresy, Talisman, Chaos Maruaders and a few others.

The problem is, FFG cant do good minis. I'm unsure what the deal is, but any game they have done in the Warhammerverse (Relic, Horus Heresy, Chaos in the old world) has to use deliberately lower standard minis.

It's a shame GW wont exploit their own IP, and simultaneously handicap those who they licence to use it.

Horus Heresy could have been a big deal, but with mediocre minis and not tie in the GW's Horus Heresy  audience its no surprise it was a flop.

I'm pretty sure that if GW rolled out a sparkly new edition of Necromunda with two gangs and scenery with mini boosters for the other gangs (like X-Wing) they would sell like proverbial hot cakes. Sadly, they think this will cut their profits rather than boost them.

Posted by Vomkrieg at 18:45 No comments: 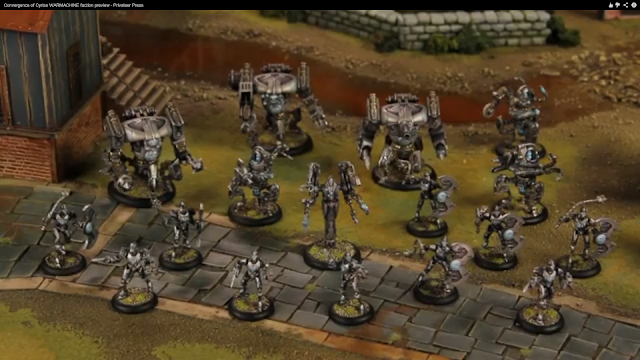 Wow, didn't expect to see a new Warmachine faction pop up. These chaps remind me of the clockwork from city of heroes, they look pretty neat.


A couple of highlights from the vid


I suspect some people will cry "they look like necrons! PP ripoffs!", to them I say GW didn't invent robots..... shut up, the Cybermen from Doctor Who called. I quite like the art-deco, almost metropolis style they are going for.

If they are very different mechanically, and it sounds like they are, i'd be tempted to pick up a small battle group as a change of pace from Cygnar. 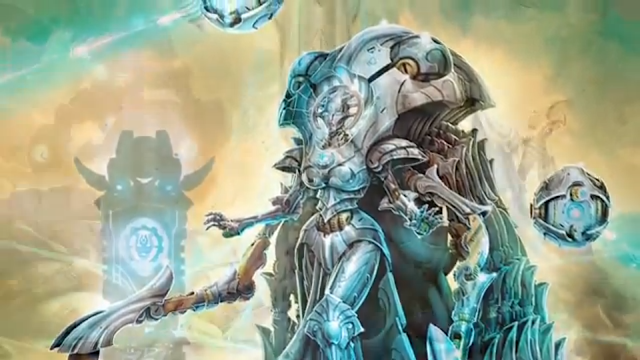 I guess more information will be out shortly. Comments anyone?
Posted by Vomkrieg at 11:15 4 comments: