It award season again, and continuing to show my contempt for every other award series out there, I am doing my own..... again.

Like all award ceremonies, prepare to read a list of things picked by self-appointed experts that claim to have more authority on the topic than you do.

Several awards have been suspended from previous years. One, because i'm playing mostly with my regulars and not doing much community gaming and another because I don't think i read any new RPG books this year.

But there are new and exciting awards to replace them. But as always, we start with.......

For model that most made me want to give up painting because anything I do will not be as cool as that.


While you might not like the art style because it is a little busy, the detail and level of artistry on these Titans is just humbling. 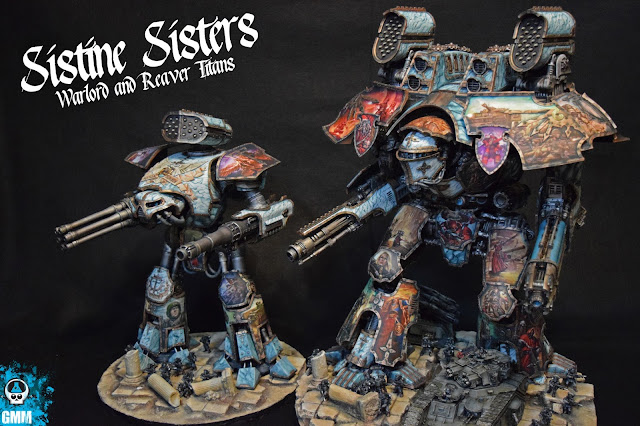 I mean, seriously.... look at that detail work. Ugh, it's just galling to see the level of talent some people have. I've done some pretty average looking banners, and I can write Cygnar lettering pretty well free hand. But that's like smearing crayons on the wall compared to this. 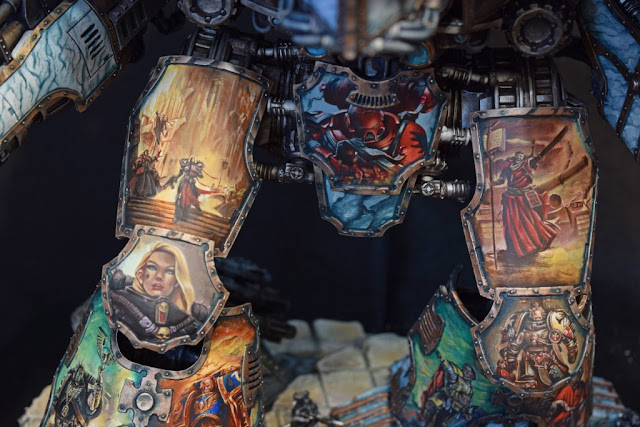 Anyway, head over to GMM Studios to check out more of this artists work. Then throw your brushes in the bin, make a million dollars, and commission him to paint your stuff instead.

Boardgames are evolving at a rapid pace, as is technology. I like to look at things that shook up the hobby and made me think "this is the future".

This year, it was easily Tabletop Simulator. Not only is it easy to load a game and play with friends, the workshop has allowed virtually every game to end up there in some form or another.

Whether it is crushing my doctor friend at Rebellion or playing Terraforming mars solo, or even just exploring games and looking at them. Tabletop simulator has changed how I view the hobby.

This is a new award, as I've spent a fair amount of time playing solo board games and really appreciate a game that can be played by one.

In the past I have played a lot of Arkham Horror solo, Zombicide, Pandemic, XCOM and pretty much any other pure co-op. XCOM won last years boardgame of the year off a strong solo performance as well as good group play.

But this year was a surprise for me as the winner is not a co-op. It's a competitive engine building game that becomes a puzzle game in solo mode. 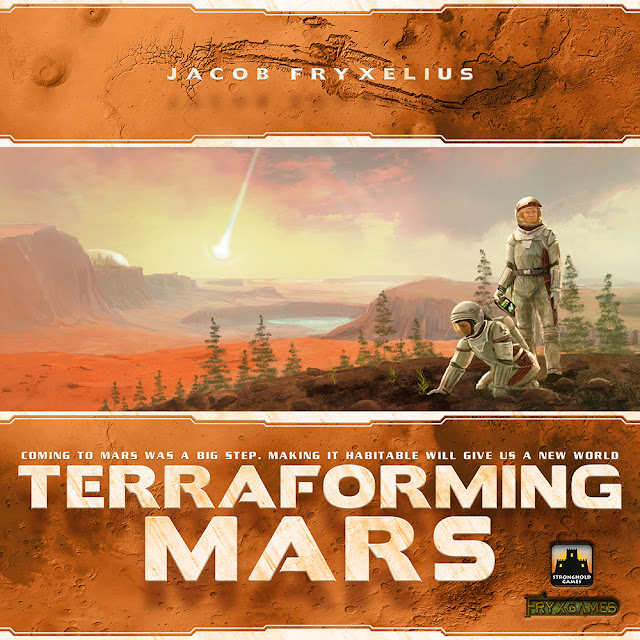 The solo game feels very different to the group play, and that's really charming for me. Thanks to Tabletop Simulator, I've played many solo games of this without the hassle of shuffling about 200 odd cards each time and setting up the board.

For best card game of the year 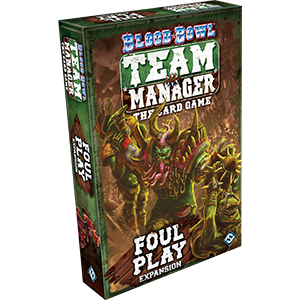 I haven't played a lot of card games this year, but that's not because of any intentional reasons. I have the Arkham Horror LCG sleeved up and ready to play, but just haven't got to it yet. So this award is going to go to an older game which I have thoroughly enjoyed every time I've played it. And, due to GW and FFG having a spat, will no longer be getting any expansions or attention, which is a real shame.

For best boardgame of the year

This was a seriously good year for board games in my opinion, and the opinion of my regular group.

7 Wonders, Terraforming Mars, Castles of Mad King Ludwig, Spheres of Influence and Ghost stories were all new to the table for us this year. And every one of them was received well.

So, if I was to listen to my player group, the Winner would be Terraforming Mars with 7 Wonders as the runner up.

But for me, the best competitive Boardgame experience this year was easily Star Wars Rebellion, the first game to come along in years that could dethrone War of the Ring from my "top grand strategy game ever" slot.

Character driven, adaptive strategies, seems close every game, and really nice to look at. A solid game and the best 2 player experience this year easily.

For miniatures game of the year 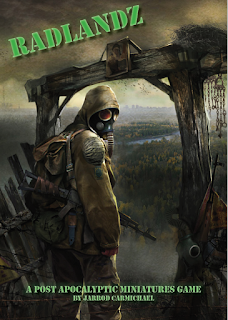 Well, this is going to be pretty obvious, as it's basically the only Miniatures game I've played this year as I've been designing it. yeah, it's self-serving to give your own award to yourself, but in the Trump era, this seems entirely appropriate.

Designing a skirmish game has been an interesting experience. And trying to make the game simple enough to play, yet deep enough to be rewarding, while not getting away from it's core design ethos has been a great challenge.

I don't think i'll be publishing it anytime soon as it still requires much work, but what a rewarding and enjoyable project, and the games have been legitimately fun.

Another new award, brought about because of the amount of time spent playing either mobile adaptions of board games on my tablet, or just playing on PC.

This award also came about because the winner was just so good, and so much fun, that I had to create a new award.

Twilight Struggle on PC is a perfect adaption of the board game. It looks good, has good ambiance, nails the game play perfectly, and the AI is not mug. Sure, you can beat it, but you can't play badly and still come out on top.

Also, Twilight Struggle remains a high water mark for game design for me, so seeing this gem bought to PC made me very very happy. 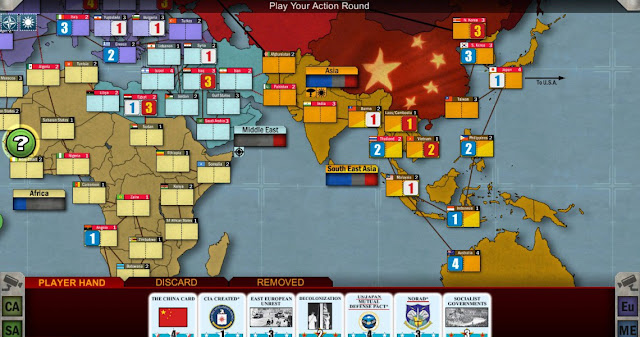 The "Ouch, my Wallet" award

Yeah, it's Radland's again. I was pretty sensible with my game purchasing this year, but for the next round of Radlandz testing I bought a whole bunch of terrain, and some custom made play mats from Deep Cut, a pile of arts and crafts supplies, a new airbrush, 30 odd airbrush paints, and a bucket of d8's. 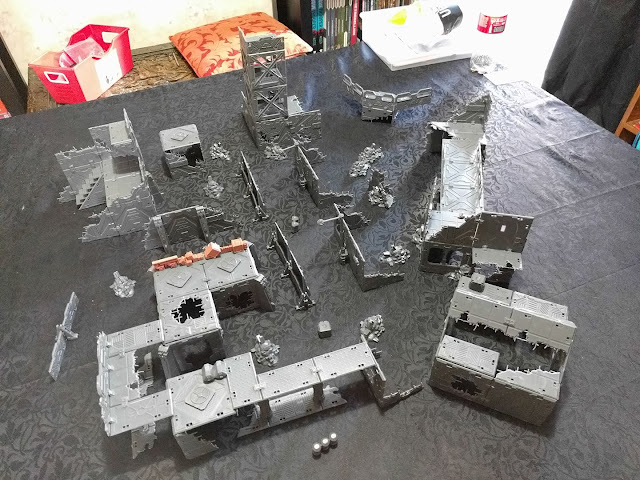 For most enjoyable "arts and crafts" project. 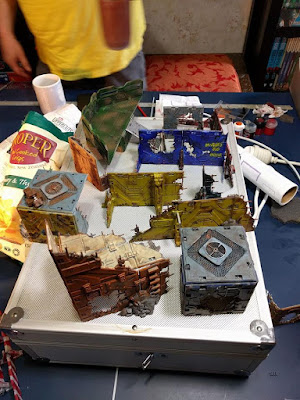 This is a new award, and is for whatever painting or arts/crafts project has brought me the most enjoyment this year.

This year has been a low painting year for me, but i'm finally getting back into it.

What has been enjoyable though was building a massive ruined city, spraying it with the airbrush, and then having the lads over for a day to help get it painted.

We still have a long way to go before the whole job is done, and I should really stop painting Cthulhu Wars stuff and focus on this.

This was pretty much a consensus decision for this year. An impulse purchase after reading one review online, the theme immediately drew me in.

It's combination of excellent theme, good group play and excellent solo-play make this a real winner and a gem in my collection.

High replay-ability with a massive selection of cards, factions, and approaches to building your terraforming engine. Also, you get to smash moons into Mars.

It was also the clear favorite of my gaming group this year and a game that will always get sounds of approval when someone asks to play it.

7 Wonders gets an honorable mention as runner up for this award. 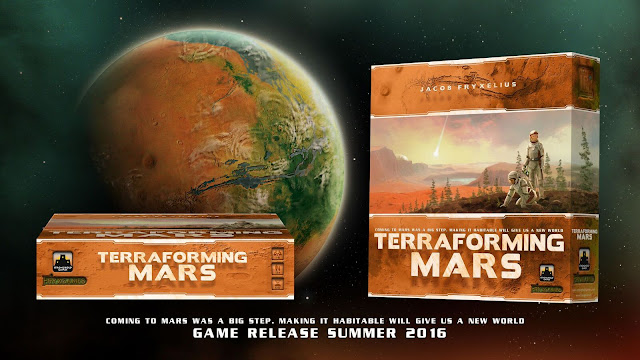