Award time again, and in the usual tradition of spitting in the face of the concept of self appointed people giving out awards and claiming legitimacy i'm doing my own. Why? Because I can be a self-appointed expert as much as the next guy :)

As per usual, the awards are inconsistent year to year, somethings I just play/do more years than others.

The "Pass me the lotion, I need some alone time" award

I added this award last year, and it's steadily growing in importance. I do a lot of solo gaming and have really enjoyed it.

I've played a lot of solo games this year, and a lot of games that were new to me. But I really want to call out three games in particular who stood above the rest. This War of Mine, Anachrony, and Spirit Island.

All three of those games were top notch for me, but the winner goes to the game with the best solo opponent in a euro game I've played. 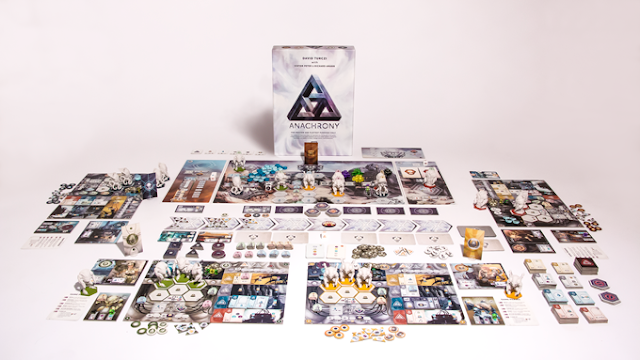 Anachrony is a beast of a game, a literal and metaphorical heavy weight game. It's worker placement, which is nothing revolutionary in and of itself, but it does worker placement with a neat theme, smooth systems and oodles of replay-ability.

And the solo mode pits you against "THE CHRONOBOT" and AI opponent who is a cheating bastard guaranteed to screw you out of moves and places to place your workers. 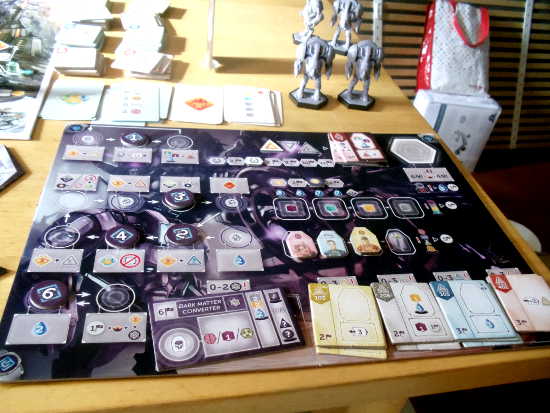 I highly recommend this game to anyone who like worker placement, solo or in groups.


For best card game of the year

I'm not actually a fan of Yu-Gi-Oh or Pokemon trading card games, but I understand CCG and LCGs and the crazy culture that is behind them.

Collecting, trading, selling cards, building decks, winning tournaments. I've done a bit of that in the past, and Millennium Blades is the board game of that. 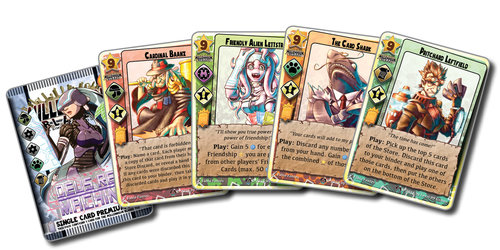 The game is thoroughly meta, as you play characters involved in those tournaments and card collecting, and their is real time card buying and trading, as well as collecting extras and building your collections for extra points.

Then, once the trading is done you play through a tournament, where you try to score "ranking points" with your small deck of cards. The game is full of combos and neat things you can do, and it really rewards quick thinking and creativity.

Also, the game has a metric butt load of content. You could play this game many many times without really burning through the options or locking on to an "optimal" approach. It's too haphazard and chaotic for that. 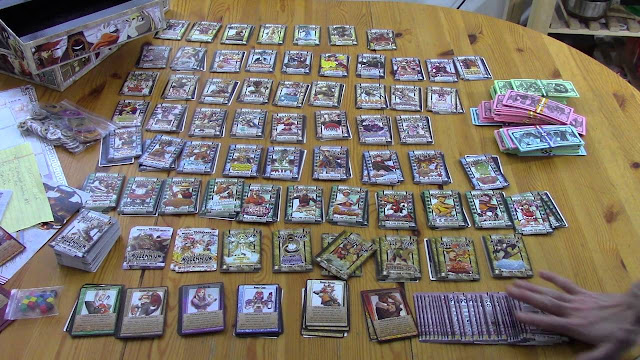 Not really a new idea as such, but one that seems to be gaining a lot of momentum, and that is solo support apps for games.


Asmodee/FFG seem to have clicked to how big the solo gaming community is, due to their descent app, and have created one for Imperial Assault. 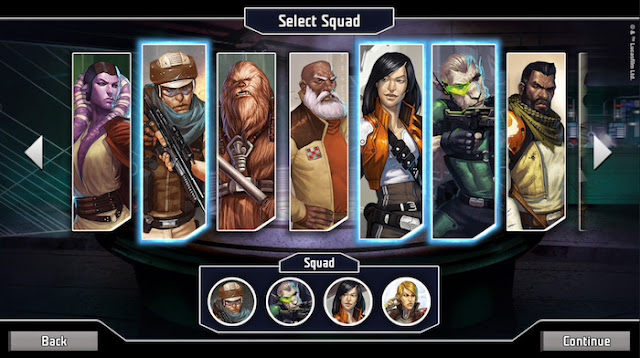 There are a lot of games out there that could benefit from solo apps, and its not just dungeon crawlers.

And there is real money to be made by opening your games to an audience that might have passed them by otherwise. The solo boardgamers group lit up with people buying Imperial assault for solo play alone when the app was released.

And I can't imagine that group was the only audience for it.

Apps, and solo apps in particular, keep a game fresh, increase their audience, and still require the physical game to play. Seems like smart business to me. 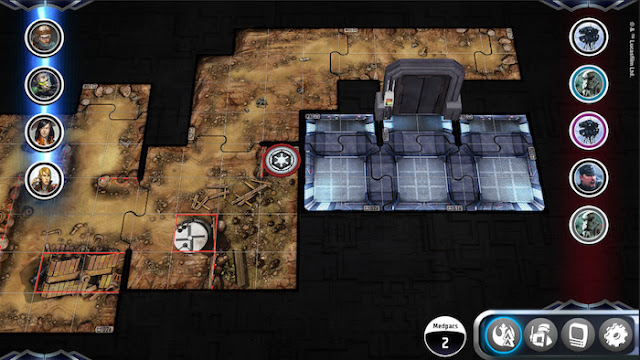 For best multi-player boardgame of the year

My normal gaming group has been spending most of this year playing the Call of Cthulhu RPG instead of board gaming, and while we have played plenty of games together, my winner for group game is a Cthulhu themed game I played with a different group. 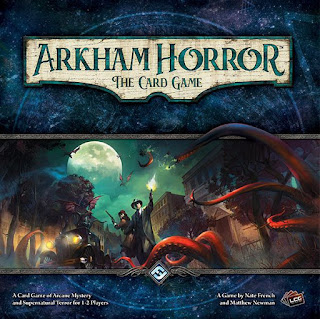 The Arkham Horror LCG is a great game in a group that gets in character and can roll with the punches that a brutal game like that brings.

We played through the entire Dunwich campaign and it was an absolute blast with everyone have a unique character and deck, their own role to play and their own contributions to the team.

And the story was excellent, and while i'm a little worried that it won't have high replay value, the story itself was great fun and involved.

That group is looking forward to doing the Carcosa campaign once that is all out.

For best "This is serious mum" game of the year

Serious games aren't about complexity, they are about the content matter. A game that isn't about wizards, heroes and other escapist tropes. But games that make you think a little about the subject matter.

If I had this award last year, it would have gone to Freedom:The Underground railroad. Which is an excellent co-op/solo game with a serious topic that makes people think and reflect on a dark chapter of US history.

But this year, one game in particular made me create this award and got me thinking about mature content in board games and the hobby as art in general.

And that game is This War of Mine 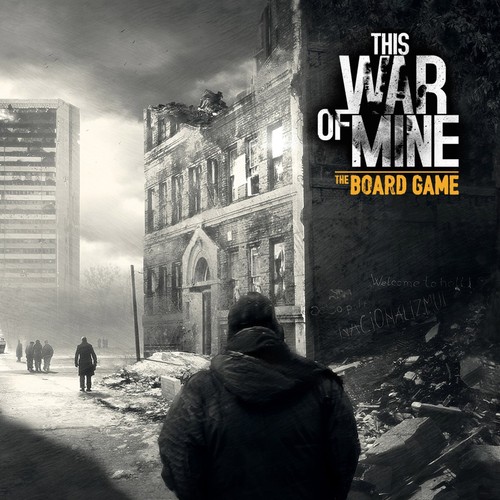 I backed this one on Kickstarter, and despite its delays, it was worth the wait.

This is not a game for children, or people who throw temper tantrums because the game is unfair. If you are "playing to win" or trying to optimize your game, you are missing the point of this one.

It is entirely about the journey, not the destination. It is about having a glimpse at the lives people live inside a siege during a modern war. And in those circumstances, sometimes a bomb just lands on your house and you die.

But that is the lesson the game is trying to teach.

I recommend it to anyone who wants to take part in a sad/bittersweet story. 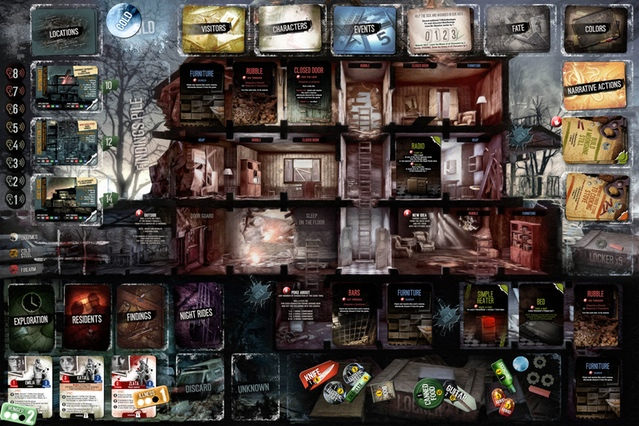 For miniatures heavy game of the year

In a year where a lot of gaming discussion has been about massive mini-heavy fantasy releases like Kingdom Death Monster and Massive Darkness, I find that the mini game I enjoyed most this year was XIA: Legends of a drift system. 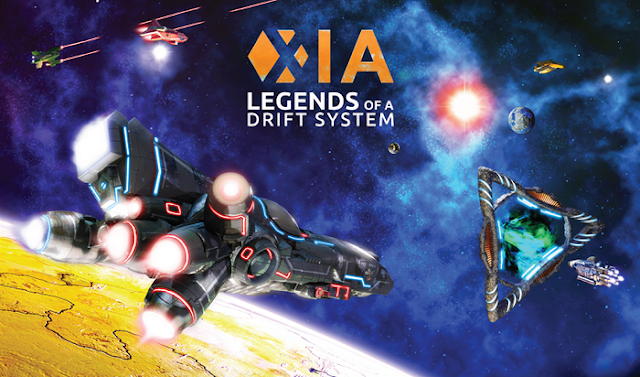 There are several reasons for that, but one huge one was that I didn't have to paint a damned thing. Just crack the game open, put it on the table and its done. And it has oodles of neat little sci-fi ships drawing from a lot of different fandoms and sources.

Probably the best time killer game I have, you can just fiddle about mining, raiding, trading, upgrading your ship, taking courier missions and a bunch of other tasks. Good simple fun.

Also, one of the first PC games I ever really got into was Elite, and XIA is pretty much Elite as a boardgame. it's a wonderful sandbox game, where you pick a ship, pick the 2nd star to the left and fly on til morning..... or at least until someone else fires a rocket at you.

And, as an added bonus, the expansion adds in a solo mode which is pretty damned good.

For App assisted game of the year

A new award this year, and one that is bound to become a mainstay due to how the games industry is changing and how good some apps are getting. 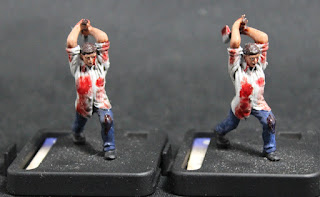 XCOM, Descent 2.0 and Imperial Assault are examples of great app assisted games, but the winner this year for me has to be Mansions of Madness 2.0.

Mansions of Madness was a flawed masterpiece of a game. A fantastic experience and enjoyable every time we play it, but a complete pain in the ass to set up and play.

The app has completely gotten rid of the Keeper role and the game is now 100% co-operative.

I cannot overstate to people who have only played Mansions 2 how much of a book keeping pain in the ass being the keeper was in Mansions 1.


With Asmodee digital becoming a thing this year there are bound to be more and more quality boardgame adaptions coming to PC.

But the one that did it for me this year was Lords of Waterdeep, a game I quite like but don't really love and we never really play very often. It's one of those "good, but not great" games that you would never turn down playing, but would be unlikely to recommend first.The PC adaption is great though, no setup time, a lot of the book keeping is taken care of, and the AI isn't too dumb. You can pretty much knock out a game in 20-30 minutes and its perfect for that. 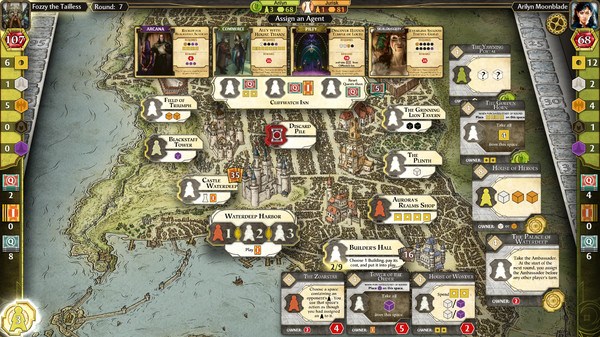 For most enjoyable "personal" project. 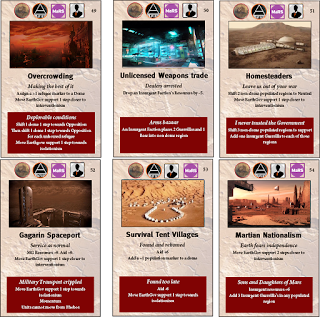 Well, this one should be very obvious, I've been quietly working away on my COIN game without making too much fuss about it.

It's all incremental improvements and pondering about the game now, with the odd bit of testing. I recently finished doing a massive rewrite of the rulebook and am trying to update all the content to fit the new game.

Current plan is to get some serious testing of version 2.0 done in the new year.

And, the final award as always!

A tricky one this year, and this is a bit of a fake out as normally the Golden Kriegy winner wins one of the other categories. But this year was such a solid one for games that I really wanted to give some other games their proper respect before calling out my favorite and winner.

And before we get to that, there are legends in Aotearoa of mystical beasts that live in our rivers and water ways. They are called Taniwha, and growing up I was told that one lived at each bend of the Waikato river which ran through my home city.

I remember going up that river on a raft as a kid and counting each bend and thinking "That's a lot of Taniwha". 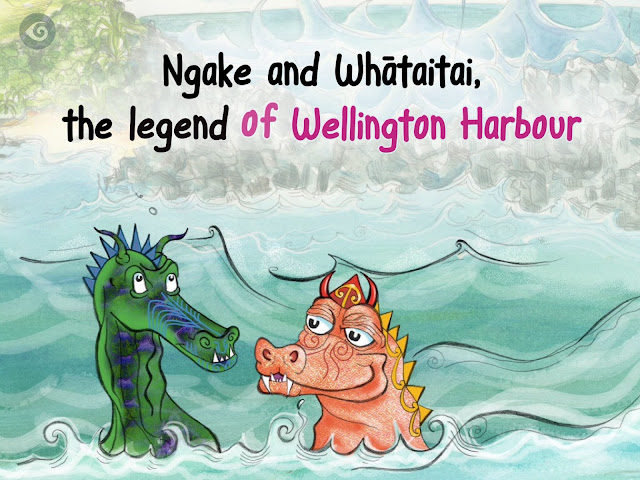 Now Taniwha are funny odd sorts, some are vicious loners who don't like people much. Some, like Ngake and Whātaitai, the Taniwha of Wellington harbour are playful scamps, and others like Awarua from Porirua are competitive.

But they are always guardians, spirits that protect the local area from negative influences.

All their stories are part of the rich mythology and culture that makes Aotearoa/New Zealand a unique place to live.

And this year someone made a game about spirits like that and it was amazing. 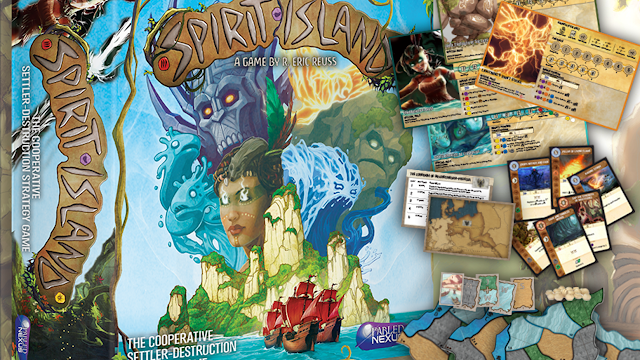 Spirit Island is my game of the year and the winner of the Golden Kriegy for several reasons. 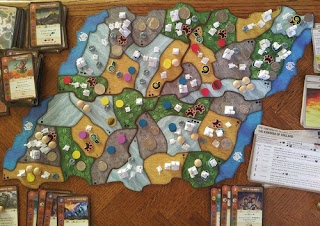 The theme is perfection to me, and is such a nice counterpoint to all the games about colonialism made by people in Europe with rose tinted glasses about empire. Those games tend to annoy me at best, or make me angry at worst.

Secondly, the game is pure tension. every time we have played it has felt like the game was balanced on the edge of a knife, and win or lose, it was a fight to the finish. 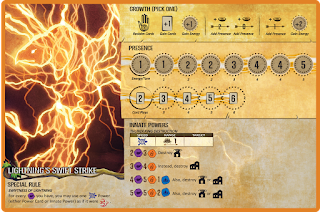 It also has a depth in its strategy and game play options that few games can match, especially straight out of the box. All the spirits play different and synthesize differently we each other. Add to that the scores of power upgrades and cards, and even two games with the same combination of spirits will play differently.

And finally, It is customizable to an amazing extent. Their are different invaders to face, different scenarios, and numerous ways to tweak the game to your optimum enjoyment.

Spirit Island is a mind-melter though, and I mostly recommend it to people who are pretty serious about gaming and don't mind playing a game that takes forever to master. But its not a game you can pop on the table with random non-gamers and have a blast.

It's hard, it's deep, but damn its rewarding.