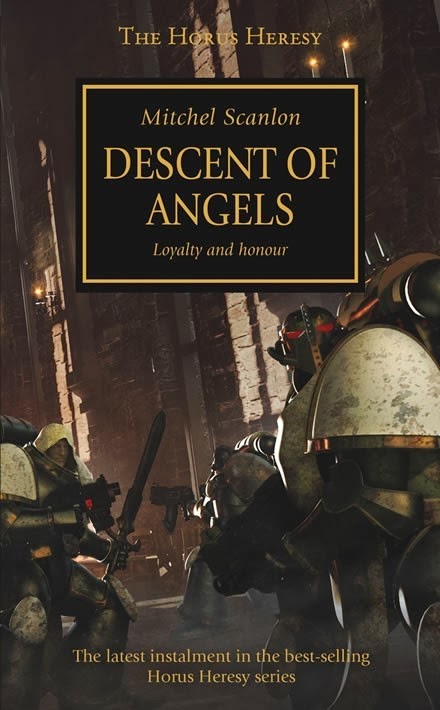 The planet of Caliban exists much as it has for thousands of years – the knightly orders protect the common people, fighting back the beasts that lurk in the depths of the seemingly endless forests. Young Zahariel and Nemiel aspire to join the greatest of the orders, led by the example of mighty Lion El’Jonson and his vision of a peaceful and unified world. But the coming of the Imperium brings new concerns and a new destiny for the Lion as part of the Great Crusade, and the sons of Caliban must decide if they will follow him to glory among the stars.

Ok….. I know I’ve mentioned multiple times that I wanted more backstory, more insight into the Legions and Primarchs before the Heresy.

This book delivers exactly what I asked for and well….. be careful what you wish for.

This is not really a book about Space Marines at all. It’s a coming of age story about a pair of kids training to be knights on the hostile death world of Caliban.

It’s not a bad story by any means; actually it’s quite a neat insight into the knightly ideals of the dark Angels before they were Dark Angels. You get to see a lot of Lionel Ritchie, lead singer of the Commodores and Dark Angels Primarch as well as Idris Elba as a hard bitten London Detective (Luther)…. Wait…. That’s not quite right.

Ok, the story is really about two different relationships. Our hero protagonist and his cousin, who both enter the order as 7 year old children and their journey to manhood/(GIANT MUTANT ASTARTESHOOD).

The other relationship is that between Luther and the Lion. In short, Luther is the most awesome heroic dude of his era, and probably would have been a great hero of yore if he hadn’t found this massive feral Primarch child (The Lion) in the woods one day and decided to raise him as a son.

Both relationships are based on familial ties, both are strained my misunderstanding and pride and both have some very sour notes. 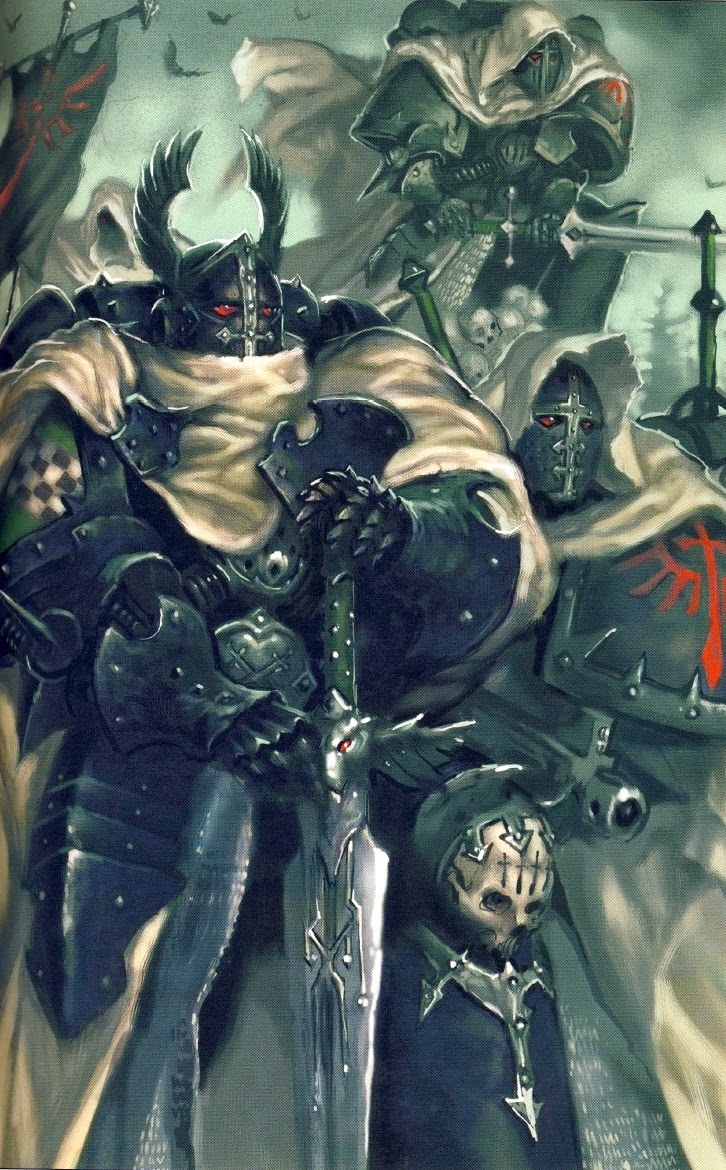 Zahariel is a little different from most of the hero protagonists we have seen so far. For the first point he starts the book as a very young, rather fearful child desperately trying to prove his worth to his mentors and his cousin Nemiel.

Zahariel differs from most of the previous heroes because he knows fear. He is constantly dealing with fear and danger and working with a very human range of emotions in the face of some pretty horrific events.

He also has some flaws, which is good. He has a tendency to keep damning information to himself to save his own ass, and the asses of his friends and heroes. In this respect he is probably the most flawed and human of the SPASH MARINE protagonists so far, and I put that down to the author actually thinking about the character as a human being who transformed into a marine, rather than looking at the ideal of the space marine hero to start with.

300+ pages before you see a space marine, I cannot stress to you enough this point.

It doesn’t make this a bad story, it’s just good to go into it with your eyes open. All the characters, bar the Primarch, are just people. Kick ass people who hunt monsters for a living, but people nonetheless.

I also like the attention given to those members of the knightly order who were too old to undergo the marine transformation. The bitterness and fragility these characters display is done well and its part of the jealousy and nationalism that will end up breaking the Dark Angels in half.

I’ll give an honourable mention to the hero-protagonist who should really fill this spot. But I wanted to call out a very minor character that appears in one scene only.

Kurgis is a white scar who appears in one scene where the White Scars are handing over the compliance of a planet to the Dark Angels. White scars are pretty feral, and they get that across nicely while still making it clear that he’s not stupid. There is a tendency in fiction (and life) to equate a lack of formal education with a lack of intelligence.

Nope, Kurgis comes across as a “rough as guts” barbarian who is actually pretty savvy and smart. It his suspicions and his foresight to pick out our hero protagonist to warn of oncoming danger, which saves the Dark Angels command from a very grizzly end.

There seems to be a bit of a rule in these books. If a character appears in the 40k universe then they will kinda suck in the Horus Heresy. My gripe is not really with how Lord Cypher is depicted, but the “bait and switch” that goes on towards the end of the book.

The Lord Cypher is a title, for the person who holds the order traditions. For most of the book it’s a grumpy ass old dude, who is grumpy, old and tradition bound. He resigns when he gets too old and grumpy to live and they replace him with…….

MYSTERY GUY WHO NO ONE KNOWS WHO HE IS!

Weeeeeeee……… so at the end of this book you know jack all about cypher, nothing, nada. Get to know your Legion – The Knights of Caliban

Well, considering they aren’t Space Marines for 3/4ths of the book you don’t get to know the legion as such. You do get to know the Knights of Caliban very well, and if the character of the knights takes over the legion through the Primarchs influence, you will get a good idea of how they become what they are.

The Knights of Caliban are a duty and tradition bound bunch of hardasses who train from age 7 to kill giant chaos beasties in single combat.

Yeah….. I don’t get why they need to fight them one on one, that just seems freaking suicidal, but the “macho macho man” aspect of the Knights of Caliban is a strong one.

They have a lot of traits that make them excellent Space Marine recruits, but one crippling weakness, Nationalism. Caliban is a shit hole of a world, but boy do they love it.

I am conflicted here. You see a lot of the Lion, and you hear a lot of his tales through other people. But in the end, the Lion’s character is not very well defined. Mostly, you just get told how awesome he is at everything and how much that sucks for Luther.

You do get some nice insights into him when he talks one on one with our hero. At times he does come across as a bit lonely and sad, which was nice. Overall though, I think he’s a relatively bland Primarch. Not badly done, just lacking a little bit of “something”. 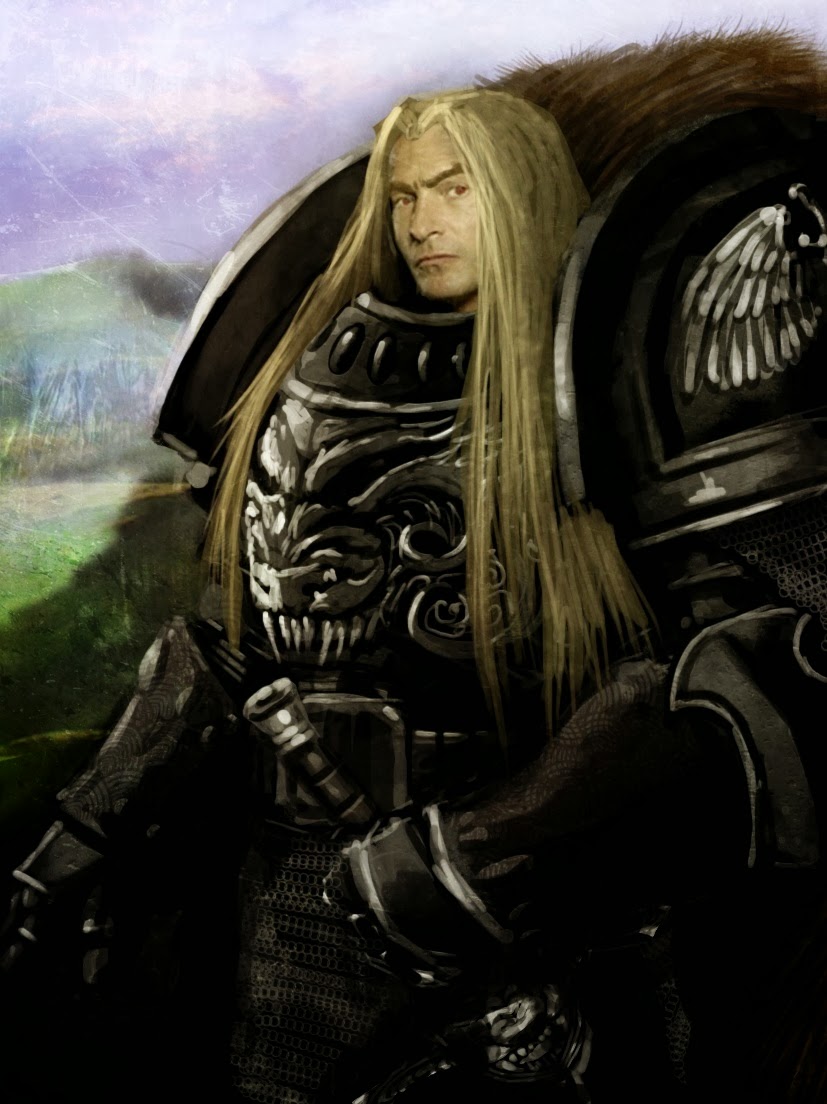 This will shock you……. But the Emperor is not a douche in this book. For the first time in Horus Heresy history we have the Emperor acting like a rational super powered being and not being a complete toolbox.

It’s a scene that really surprised me.

If you haven’t read the book I don’t want to spoil the lameness. If you have read it, you know exactly what I mean. 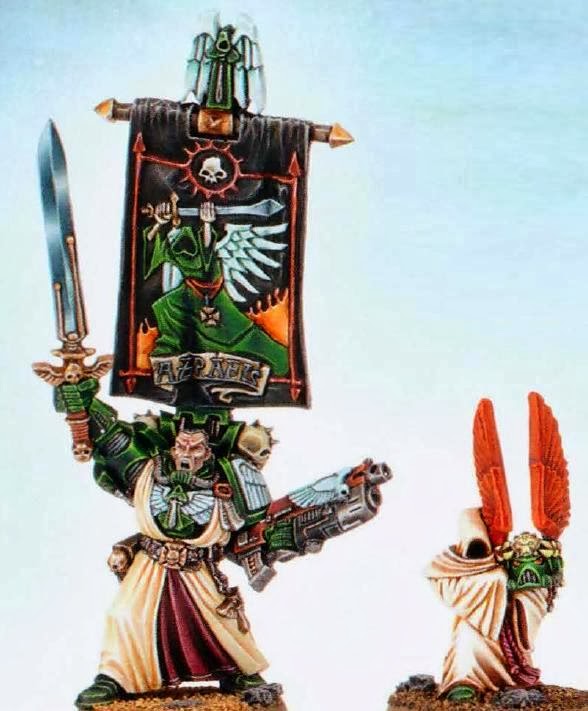 Ok, anyone remember these little things?


In the 40k world the Dark Angels work with tiny little creepy things called watchers. I actually think the book reveals what these things are and where they came from.

Yep, Zahariel encounters them in the forests during his first beast hunt. I am interested to see how this little story progresses.

Mitchel Scanlon isn’t a bad writer and this is an ok book.

I think people were expecting something very very different though. After 5 books about the start of the Heresy, this book may not even mention Horus once. It’s a little too early in the piece and I’m not sure they needed quite that much backstory.

I recommend people treat this as a appendix to the Heresy. Some extra background reading that isn’t integral to the main plot, but adds depth.

I really think it needed to published WAY later than 6th book in the series though.

This book gets a “Read it if you have the time, but it’s not critical to the series” rating.