Warmachine MK3 - Even more changes and more thoughts on it 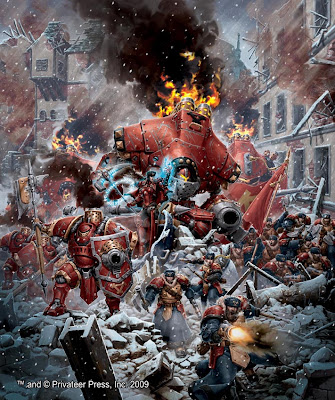 Cheers to Sean for compiling these notes for our local wargaming scene.

Here are some more updates on MK3 and what to look forward to. The more I see of it, the better it looks.

This is great, they had previously said repair rolls, but getting rid of all skill rolls is a nice game smoothing mechanic. I'm really interested to see how Stormcallers are balanced now.

I never played a hordes faction, but I know the frenzy rules were a bit awkward. SOunds good.

I'm so-so with this one, simply because I got metal wreck markers and painted them. Oh, and one of my finest Warmachine moments was double handed throwing an enemy jack back towards my caster so my army could wreck it and he would have somewhere to sit in cover all game.

This makes a lot of sense. Troops would be scared of undead, but not of 12 foot tall killing machines armed with fire weapons or even a mountain king? If the game had psychology for troops, it should have triggered a lot more. As it was, i'd forget command checks a lot as they seemed like an after thought.

All cavalry get a after-activation re-position. Heavy cav gets a 3" move. The assumption is that light cav gets more.
As some with loads of cavalry, who likes cavalry armies. I'm cool with this. Cav should cost a bit, be a glass cannon, but have far more mobility than other units. Nice change.

All Heavy Infantry except MOW drop to five boxes. MOW stay at 8 and their new solo gives them basically anti KD, & immovable rules. Armour wise they are apparently super tough.

Other medium based infantry are realigned with where they should be – Warders become more defensive, as do Skin Walkers, Ravagers gain a ton of new abilities via their solo to increase their aggressiveness – Overtake & Vengeance plus others. They didn’t specifically say it, but they worded Vengeance weird, mentioning that it triggers off damage (so not necessarily kill?)

Will need to check the specifics on this at some point to fully judge.

There are no longer Minion Pacts or Merc Contract. They all all unified contracts without restrictions (outside of animosities). You cant take a gator beast with a pig warlock, but you can take farrow with a gator warlock for example.

This is interesting, and probably got a massive cheer from Minions and Mercs players. Should open up the factions to some awesome new tactics and combos. I wonder about Lialese gun mages which many highborn covenant players used though.

Theme Forces – A faction wide and far fewer. They are not restricted to warcasters
Theme forces are the dumbest thing in warmachine. They are invariably either complete rubbish, or the best way to play a caster, there are few that are good without being great. I hope the new theme lists are less restrictive, but give less bonuses.

Tough Changes – Tough does not work if you are knocked down.
It never should of. This is a great change. One of the silliest things in WM was hitting a knocked down tough model 4 or 5 times and having them shrug it off. Sure,t hat rarely happened, but a constant invulnerable save is just a luck magnet.

I wont comment on these, just check them out.

Cygnar
• Ironclad quake hammer *Attack hits a model and centres a 4” AOE on that model hitting everything down except the Ironclad itself. The model hit still suffers the melee damage from the hit
• Point costs are reduced where required
Cryx – Increased emphasis on Jacks
Menoth – Choir loses +2 to hit buff entirely. All jacks that were lower are brought up to MAT6
Khador –
• Colossal - Creeping Barrage is a flat POW 10 – not halved like a normal AOE – seems legit
• MOW are designed to be an unkillable tanky unit – moreso than any other in the game 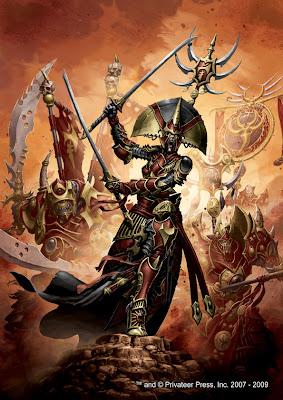 Ret – Just a rebalance, no real information
Mercs – All contracts merged
Trollbloods – Kriel Warriors are super cheap. Warders and Champs redone
Skorne –
• Ancestral guardians/Immortals have souls now – so they can trigger abilities on themselves, so they don’t need another unit to die in order to function.
• Removing some of the Skornegy
Circle – No real information outside of working on the medium based infantry
Legion –
• A removal of some fury management. Still the best in the game, but not quite so good
• A real emphasis on infantry to try and drive a real choice between infantry and beasts
Minions – No pacts.
Posted by Vomkrieg at 08:29